To say the 2017 Season for the Raiders has been ugly would be an understatement. Star players getting injured, poor defensive play and the best division in football have all contributed to a 2-4 start to a season where the Raiders were the popular outsider’s choice for Super Bowl champions.

Everything started well with two comfortable wins, away to the Titans and at home against the Jets, scoring a total of 71 points in the process and Marshawn Lynch looking like the running back of old. Since then the Raiders have lost four straight games, two of which were to division rivals, and not had a game leading passer, rusher or receiver in any of those games. The offense ranks 30th for total yards per game, well down on what was expected from this offense that was so promising a year ago.

Of course, Derek Carr going down with a back injury in week 4 against the Broncos was not good. He did end up missing only one game, but it won’t help the team at all if he is dealing with this injury for the remainder of the year and not able to play at his usual standard, especially considering EJ Manuel did not play too badly in his two appearances as a Raider.

The team does face a make or break game on Thursday night football against the NFL leading, 5-1 Chiefs. Kansas City has been on a tear after demolishing the defending champion Patriots in week 1, but their slip up did come last week against the Steelers in battle of AFC powerhouses. A win over these inter division rivals could easily give the Raiders their swagger back to run the AFC West for the rest of the year, despite currently being at the bottom of the division.

After opening anywhere between 12-1 and 20-1 (depending on where you looked) to win the Super Bowl, the Raiders now sit at 40-1. For a team sitting at 2-4 and bottom of their division, those odds aren’t that enticing. Only six teams have better odds than the Raiders from the AFC.

Earlier this week, the Chiefs opened as 2.5-point favourites, with the total points for the game being placed at 47.5. All bar one of the Raiders losses have been by more than three points, whilst all the Chiefs wins have come by seven points or more. Kansas has used its run game to substantial success so far this season, but with the Raiders recently signing surprise free agent LV Navarro Bowman that could come to a halt.

Sadly you would expect Kansas City to both cover the spread and help surpass the low points total as they outmatch Oakland in all the major areas so far this year and will likely do so in person on Thursday night. 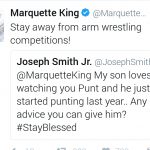 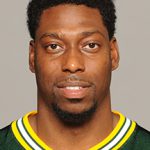 Free Agent Tight End Jared Cook is to join the Raiders from the Green Bay Packers.  A former third round pick in 2009 out of Carolina, Cook played for the Titans and the Rams before joining the Packers.  Now as a Raider, Jared Cook will provide Derek Carr with a huge target on offense to compliment a powerful set of wide receivers.

In the 2016 season Jared Cook played 10 games, making 30 receptions for 377 yards during the regular season.  However, when it mattered post-season, Cook came up with another 18 receptions and two touchdowns, including an incredible sideline catch to set them up for the win against the no.1 seed Cowboys.

Standing at 6-5 and weighing 254 pounds, Cook is a formidable weapon for Carr.  In his day the TE could run the 40yds in 4.45, so he is sure to stretch the field. No team can afford to just put a corner on him and expect not to be thrown over. The opposition will need a safety and/or linebacker to help out.

Derek Carr should be thanked for the signing as much as GM Reggie McKenzie, after it was reported he lobbied for the playmaking tight end hard. Cooks contract is for 2-years $12.2million with the first year being fully guaranteed.

On Monday 13th March the Raiders finally made themselves involved in free agency by signing ex-Vikings wide receiver and kick returner Cordarrelle Patterson to a 2-year $8.5million contract. The signing was a bit of a shock due to their being few links between the player and Oakland, but one thing is for sure; this gives the Raiders a very different and new dynamic on offense and makes them dangerous from every kick-off.

Patterson has excelled as a kick returner since he came into the league, earning All-Pro honours last season at the special teams position (note: for those counting, that’s three first team all-pro players on the Raiders roster). The Raiders know all too well the threat this guy poses after he returned a kick for a touchdown against them in 2015. His receiving skills on the other hand have been questioned, and it will be interesting to see how he is incorporated into the aerial attack that was clicking on all cylinders last season.

The speedy playmaker may remind fans and players alike of Al Davis’ old philosophy that speed kills all else, so let’s just hope he brings the ‘Just win baby!’ with him as well.

When the Vegas Raiders take to the field, they may do so without the services of Latavius Murray, aka ‘Tay Train’, and probowler running back.

Even though Murray declared his love for the Raiders and said he’d like to finish his career with the silver and blacks only a couple of months ago, it seems he is going to see his market worth to the rest of the NFL.

Various sources report that Tay Train may then resign to the Raiders once he’s tested the waters.  So if this is a way to increase his paycheck or a serious attempt to move, we’ll have to wait and see.