Oakland’s city and county officials voted in favour of entering negotiations to keep the Raiders in Oakland, by backing Ronnie Lott’s and Rodney Peete’s $1.3 billion proposal.

The hard-won agreement will include $350million of public money, but nothing has been confirmed as to where, exactly, that money would come from.

The City voted 7-1 in favour of entering negotiations whilst County was a bit more reticent, taking three hours of discussions to some to a 3-2 agreement.

With The Raiders needing just one win to confirm their playoff status, it was also revealed that any proposal to move to Vegas would not be tabled until the team were out of the hunt for Superbowl honours (or as we optimists like to think, when they win it), rather than at the first opportunity on 2nd January.

Over in San Diego, the Council was scrambling to save ‘their’ Chargers from moving with a proposal to lease the Qualcomm Stadium to the team for $1 per year, whilst talks for a new stadium progress.

So what is it with local politicians in Oakland and San Diego?  You’ve had months, no years, to come up with proposals for keeping your teams. So why leave it to the very last minute to get your backsides in gear?  How can you be taken seriously if you value the teams so little as to only be galvanised when it looks like they are leaving?

Officials from the NFL and members of the Oakland Raiders have a meeting scheduled with an Oakland based investment group for further discussions on keeping the Raiders right where they are. The investment group is headlined by the Lott Group, aptly named after Hall of Fame cornerback and Ex-Los Angeles Raider, Ronnie Lott.

Interesting how a hero who made his name playing for the Raiders outside of Oakland wants them to now stay put.

This comes in the run up to the council in Oakland voting on a proposed term sheet for a $1.3billion dollar stadium, an agreement which would put the Oakland area in a strong position to retain the team if it should pass. A day after this vote is scheduled, an NFL meeting is taking place in Dallas to address the issue.

The term sheet from developers outlines the Ronnie Lott group would contribute $400million to the new stadium, but Oakland Mayor Libby Schaaf has previously stated that there will be no taxes used to raise money for the new stadium (which is understandable after they are still paying off the current one!).

So that begs the question- where is the money going to come from for the stadium in Oakland? The Vegas Raiders have all but financed their new $1.7 billion stadium already, with $750million agreed to be used from public funding and Casino magnate Sheldon Adelson also committing $650million, whilst the remaining $300million would likely come from both the Raiders and the NFL themselves. 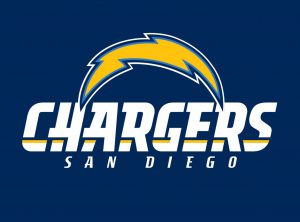 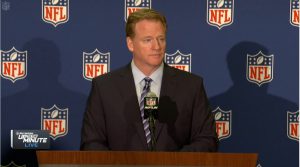